What’s Up With The World? Do we need to take a different world view?

In a previous post I encouraged you to rip up your maths posters of 2D shapes because they ‘teach’ children faulty knowledge by misrepresenting and incorrectly naming basic shapes. Now I’m asking you to think about your world maps and possibly ripping those up too.

If I ask you to think of a ‘typical’ classroom map of the world then your mind’s eye is probably visualising something like the Mercator Projection Map. This is bad news because it is a flawed view of the world and it is largely discredited.

Thomas F. Saarien’s research into maps drawn by students from all over the world has shown, students principally draw maps that are eurocentric and that overstate the size of the developed world. Even textbooks that teach ‘development’ continue to use maps that are eurocentric and oddly de-emphasise the size of the developing world.

This map has considerable power in the minds of many of us. Named after the cartographer Gerdhaus Mercator, this map has planted itself as the accepted image of the world since 1569. But this is just one world view and a distorted one which is dangerous. For a start, Africa is fourteen times larger than Greenland yet on his map they look a very similar size.

At the time Mercator created this map, European sailors and traders were sailing the globe and the map was supposed to help them. He filled an oblong rectangle with land masses which involved “shrinking some of its details and magnifying other” which is why we see the land masses near the two poles are enlarged.

But this isn’t the only problem. Europe is ‘top centre’ and so reflects a very Eurocentric view of the world. We’ve basically got Europe and the “West”. How many of us adopt the language of the colonial past centralising ourselves and describing the “East” as “Middle” or “Far”? The Mercator map is biased because it is seen through European eyes at a time when Europeans created their superiority.

The Peters Projection Map by Arno Peters has been seen as being a ‘better’ world map for classrooms because it represents the sizes of countries in a far more realistic and accurate manner. Although Europe is still given pride of place ‘in the middle’, Africa takes on a whole new shape compared to the Mercator map. There is no earthly reason why we have to buy maps for our classrooms that conform to the legacy of the past. Another way to think of the world is to turn things on their head. We have an unfortunate tendency to see the world in a very ‘top and bottom’ fashion where the Northern Hemisphere is at the ‘top’ and the Southern Hemisphere is at the ‘bottom’.  It’s a superior world view that comes from the Mercator era.

I suggest placing a ‘Eurocentric’ map side by side to a McArthur’s Universal Corrective Map of the World. This was the first modern ‘south-up’ map published in 1979 but drawn up by 12 year old Stuart McArthur of Australia in 1970.

Stuart’s geography teacher told him to re-do a world map  assignment by doing it “correct” way up if he wanted to pass. Sick of hearing others refer to Australia as “the bottom of the world”, Stuart was determined to get a map published where Australia was at the ‘top’…and he did!

This challenges our world view but I haven’t seen many maps like this around schools. The ‘South’ is at the ‘top’ and countries have been rotated so that China, Indonesia and Australia are in the centre rather than Europe. This is what flipped learning really looks like!

John Short in his book The World Through Maps notes:

“We live in a spherical world where there is no obvious top or bottom and in a universe where the terms “top” and “bottom” have no meaning.”

So, in 1972, a photograph taken by astronaut Harrison Schmitt of the Apollo 17 spacecraft, showed Africa prominently in the picture with the South Pole at the ‘top’ rather than the ‘bottom’. The picture, entitled Blue Marble, was rotated 180 degrees by NASA to conform to ‘standard map design’. 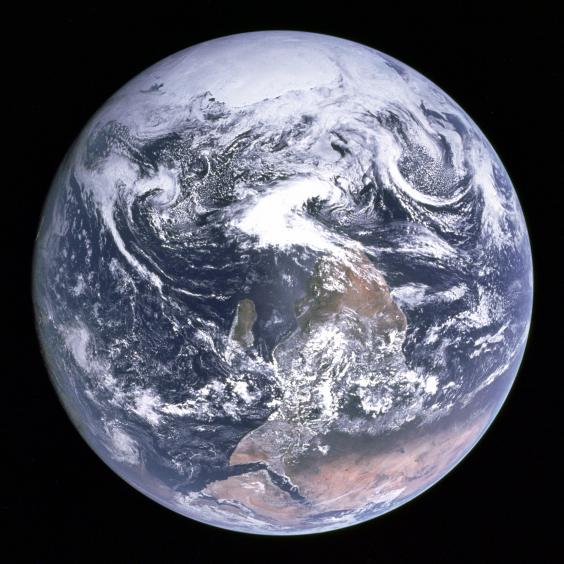 ‘Upside down’ maps also known as South-Up or Reversed maps are a classroom must-have because they help children see the world they live in from more than one perspective and it changes their perception.

Rather than rip up your Mercator maps, have a display of different maps side by side so that children can compare and contrast them.

If we only ever display one type of map in our classrooms then we are only giving children one view of the world and this is unfair. If they are given the opportunities to see corrective maps then their world view is likely to be more informed, accurate and free of bias.

Don’t be surprised though if children see unfamiliar maps as being ‘wrong’ if they have never been exposed to different worlds. Changing world views is likely to meet with some resistance at first. Flipping iconic world maps can help us break old patterns of thinking that are outdated and challenge misconceptions about what is the ‘right way up’.

Now, consider where you live. If you live in London, are you really from ‘the South’? According to this view, Scotland is the new England and England is the new Scotland. Brexit is surely the time to take a much different view of our place in Europe and this map might just be the place to start.

In an excellent paper called The Strange Power of Maps, Piers Fotiadis says,

“It is imperative, therefore, to understand the power of world maps in order to use them more effectively, and indeed more responsibly… that turning a map upside down encourages fresh thinking about the world, and should therefore be promoted: it is not, however, about fixing this particular orientation, but about changing orientations in general.”